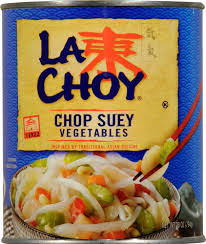 I don’t believe there has been a single, more important result of the spread of Covid-19 than Donald Trump’s decision to substitute ‘kung flu’ for ‘lock her up’ at his campaign rallies. The only thing he could do to  improve on that line would be to point his finger at some hapless Asian-American standing in the gallery and refer to him as ‘La Choy boy.’ That one’s coming next.

Trump’s attempt to reinvigorate his campaign by telling the crowd to repeat his racist rant fell short of an even better rant that came out of the audience itself. This was when Bernie Sanders was mentioned and someone yelled out, “And he’s a Jew!” When Trump did a Phoenix rally in 2016, someone in the crowd started yelling – “Jew-S-A! Jew-S-A!”

It just happens to be the case that Trump’s three closest advisors – Jared Kushner, Steve Mnuchin, Steve Miller – are Jewish, as well as his former attorney, Michael Cohen, a.k.a., the ‘rat.’

So Trump has spent a lot of time with members of the Jewish faith, which brings another question to mind. Given the fact that Trump’s entire political persona is built around casting racial aspersions on anyone and everyone who happens not to be White, how come all we ever hear is that it’s the Democrats who are playing the ‘identity politics’ game? You mean being White isn’t an identity as well?

When a guy named Obama was in the White House, the GOP kept race more or less under wraps. The birther thing, which was started by Trump, kind of floated around the edge of political discourse but was never taken seriously except by the jerks who listen to Alex Jones. When the Nevada rancher, Cliven Bundy, started lecturing a Fox News audience about ‘your Negro,’ Sean Hannity dropped him fast.

The racial politeness started to fray when Trump came down the escalator at his New York hi-rise and began his Presidential campaign with a rant about all those rapists and criminals coming up from the South. But since he described them as being from Mexico, the issue of skin color was still somewhat less than exact.

Now the game has changed. Trump’s behind in the polls, there’s a groundswell of unanticipated support for Black Lives whether they Matter or not, and the European Union is about to prohibit Americans from entering the EU because Trump’s response to the virus has been really f**ked up.

So whaddaya do when even your own niece sees an opportunity to make a quick buck by telling everyone that you’ve always been a lowlife, even if you call your former national security advisor by the same name? You ratchet up the racism a little more because you might as well let everyone know that Don ain’t about to leave town yet.

What’s really going on here, however, is something which goes far beyond the issue of whether Americans will or won’t blame Trump for the Covid-19 mess. What I’m talking about are the results of some primary elections on the Democratic side which took place in  New York, Virginia, and Kentucky earlier this week.

In New York two young, progressive Black candidates are poised to replace two members of the old guard, Eliot Engel and Nita Lowey. The Virginia primary may end up being won by another Black progressive, a physician named Cameron Webb, and the Kentucky race appears to be going to Charles Booker who, like the other new, progressive faces, supports a Green New Deal and Medicare for All.

There’s no question that every one of these candidates made a greater impact in their respective races because of the burst of energy ignited by murder of George Floyd. But the wave of progressive, anti-racist demonstrations would never have been so strong had Donald Trump either kept his mouth shut or just expressed some human concern.

When the GOP leadership says it’s ‘too early’ to be worried about Trump’s collapse in the polls, what they are really saying is they are very much concerned.

1 thought on “Trump Goes For The Racist Vote – No Matter What.”