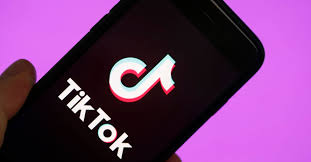 The 2016 Presidential election was notable in a different and bizarre way not just because of who got elected. It was also the fact that his election was in large part due to the use of social media before and during the campaign. Trump had been warming up on Twitter for a few years, but it was his campaign’s ability to reach previously uninvolved non-voters in key swing states that really turned the tide.

Trump also had some help from the brutal Democratic primary campaign between Hillary and Bernie, along with the fact that she had all kinds of personal and image negatives which had been swirling around for many years. In her own post-mortem of the 2016 campaign, she didn’t say one word about the primary battle or a career which had enveloped her in scandals like Whitewater for nearly twenty-five years. Frankly, for a guy like Trump who felt comfortable pushing every sort of negative whether what he said had any relationship to the truth, her candidacy was a gift.

But that was then and this is now. And now what we are beginning to see is a whole campaign being waged against Trump through social media activity which doesn’t even involve his opponent. In fact, it seems to be the work of a bunch of kids who may not even be old enough to vote.

What I’m talking about is the news last week that two websites whose users are primarily adolescents may have played a major role in the embarrassment suffered by Trump when he walked into the BOK arena in Tulsa and found himself staring at row after row of empty seats.  There’s a story going around that his campaign staff took social distancing stickers off of seats before the event got started, but it wasn’t as if the crowd would have found it difficult to keep some distance between themselves and others that night.

What ended up pulling the plug on what Trump hoped would be a resumption of his rally activity, however, was not so much the reluctance of his fans to show up, masks or not. Rather, it was messaging sent out on websites like TikTok and K-Pop Stans telling users to order tickets for the event and then not show up. The night before the rally, Trump’s campaign manager bragged they had received a million ticket requests except what they actually got was fake requests from the TikTok and K-Pop kids.

This week the digital delinquents are at it again. They have started circulating videos telling everyone to go to the Trump campaign store, fill up an electronic shopping cart with loads of goods and then abandon the cart before they are asked to pay. The video which started this off got 2.4 million views in one day and nearly 9,000 comments, many by kids who said they had already done the same thing.

When you abandon a shopping cart online, you re not only screwing up the merchant’s inventory, you are also forcing that merchant to spend more advertising dollars to capture new buyers who will replace people like you.  Want to see what the kids are doing to the Trump store? Take a look right here.

TikTok is a social media site not owned by Facebook or Twitter. It happens to be owned by some guys in China. It has 26.5 million monthly users in the United States and it’s the most downloaded app in the Apple Store.

I find the effort by these kids to disrupt the Trump online machine one of the most important developments in the current political campaign. It reminds me in a way of the internet activity that spawned movements like Occupy Wall Street and the Arab Spring. And for all the talk by the Trump noise machine about how he’s leading a new ‘movement’ to make America ‘great,’ all he’s really doing is running internet ads about the ‘silent majority’ which Richard Nixon invented back in 1968.

And we all remember what happened to Nixon, right?